The Case of the Meishan Boars 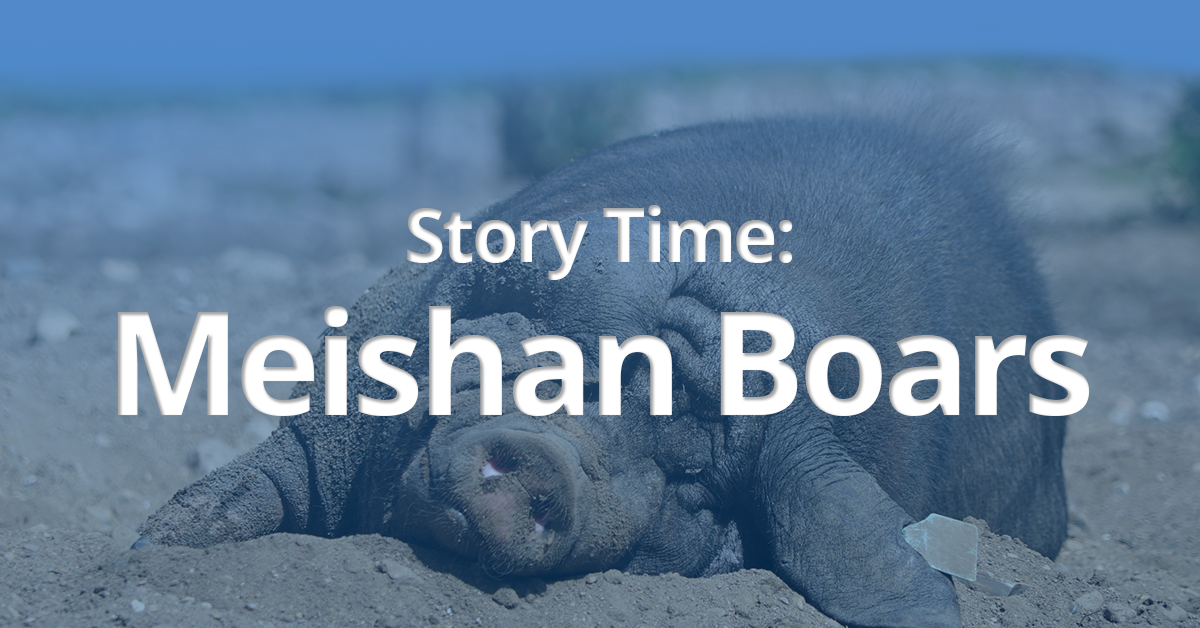 Since their introduction to the United States in 1989, the Meishan breed of pigs has developed quite a reputation. We've heard some fun stories over the years and in our 'So What's Next?' interviews, we surveyed the producers to see if they had anything to share, here is what we got.

"They are inquisitive animals, and they are also Houdinis. They will work their pins out of the pens and roam. That is why, back in the old days, they had placed nose rings on them to stop from rooting. The nose rings would prevent them from rooting and working the pins out of their pens. It helped guys spend less time unbending the pins. They are great for giving pheromones off to stimulate the females and stimulating animals for breeding. They are not pretty to look at, and not great to eat, but they are sure stimulating."

"Meishan boars are used to stimulate gilts that are not cycling right. We found one of the gilts was pregnant. We discovered that a vasectomized boar was getting the gilts pregnant. We realized the boar wasn't vasectomized correctly. So moral of the story, check your boars before using them for stimulation."

"Meishan boars that we use are half the size of normal boars. We use them to tease sows while breeding, but they are ugly things."

"They are super resourceful, but definitely not something to look at."

"The only thing I have about Meishan pigs is every single time I see one, all I can think is, you are so darn ugly you're actually cute. Haha. Horribly ugly creatures."

"But they serve a great purpose in sow farms everywhere. Much easier for the producer to deal with a boar that stays smaller in stature!"